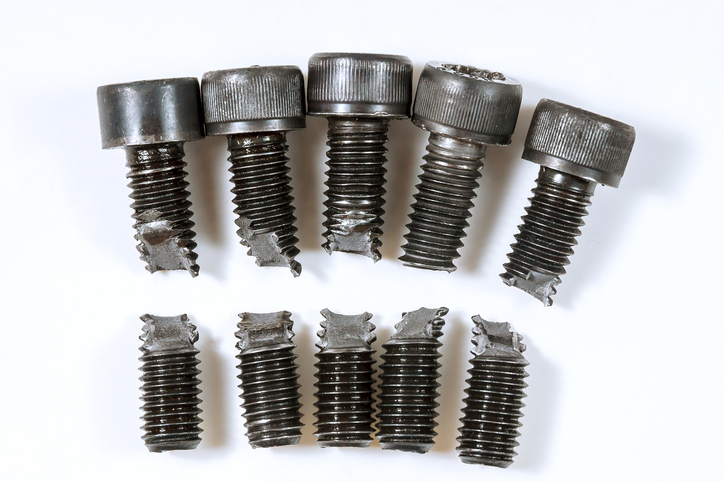 What Are Some Of The Most Common Causes of Bolt Failures

An accident at one of the most popular amusement parks in the world is forcing many people in the fastener industry to take a long, hard look at the causes of bolt failures.

An accident at one of the most popular amusement parks in the world is forcing many people in the fastener industry to take a long, hard look at the causes of bolt failures.

Cedar Point’s “Top Thrill Dragster” is the second-tallest roller coaster in the world, but it hasn’t run since August 15, 2021. That’s the day a piece of metal flew from the ride and struck a woman in the head.

A report by the Ohio Department of Agriculture blamed the accident on the “instantaneous overload fracture” of a bolt that caused a metal flag plate to dislodge from the ride. The report says that Cedar Point did nothing wrong and broke no laws, but the woman remains seriously injured and the ride may never run again.

Failures of bolted joints happen. But the question that is typically asked when it happens is ‘could this have been avoided?” So let’s take a look at some of the most common causes of bolt failure and what you can do to decrease your risk.

Before we look at some of the causes of bolt failures, let’s examine why a bolt might fail in the first place.

Understanding why a bolt may fail is an important part of the design process.

In order for a fastened joint to work properly, the bolt must be stretched. As the bolt stretches, it gets closer to the nut member, squeezing anything that may be in the gap between the two.

To achieve the proper tightening load, torque is typically applied to the bolt or nut with a wrench. Preload is the term for this tightening load. Specifically, it’s the tension created in a fastener when it is tightened is known as preload. Its purpose is to keep parts from slipping and opening.

Although preload is the most important aspect in a bolted joint, numerous other parameters, such as operating temperatures, harsh and corrosive environments, and whether the joint is "hard" or "soft," influence the ability to obtain or maintain the necessary preload. All of these aspects must be evaluated and factored into the joint design.

It’s the clamping force that’s generated by tensioning that allows a bolt to sustain the forces applied to it. Including a gasket or a washer helps, but it’s only effective if the bolts provide enough clamp force. Because of the clamping force generated by the bolts, the forces applied to the joint are transmitted through friction. This results in a secure bolted connection.

Preloading boosts a structure's inherent frequency, preventing reverberation caused by external disturbances. It also prevents buckling in particular systems where stresses change based on position. That’s why it’s vitally important to get it right. A torque wrench is often used to attain proper bolt tension.

Overstressing is the most prevalent cause of bolt failures.

Bolts are constantly under pressure. From the internal stress (aka preload), external pressure (the tensile load), and static stress (tensile load) pulling on both ends of the bolt, even high-strength bolts can fail.

But if the strength of the bolt is not up to par, that’s a quality issue, typically leading to fatigue failure. Bolts should be replaced regularly to avoid it altogether. The bottom line is that you can never overlook quality control.

To ensure that you’re using high-quality fasteners for all of your projects, make sure that your fastener supply company has the capability to deliver what you need.

At Big Bolt, our CNC machining methods, heat treatments, and tensile testing machines are second to none. Our ongoing investment in test and measurement equipment ensures that our customers always get the best possible fasteners in the shortest amount of time.

If you’d like to learn more about how we can help you with your next project, contact us today.

What Causes The Shearing Failure Of Bolts?

The shearing failure of bolts is complicated but important to understand. Bolts will fail when shear stress supersedes shear strength,...

What Causes The Failure Of Bolted Joints?

The failure of bolted joints can be a significant concern for engineers. They frequently assess whether a joint can withstand the pressure...

Bolted joints play a significant role in ensuring the safe operation of various equipment. That’s why it is important to understand the...